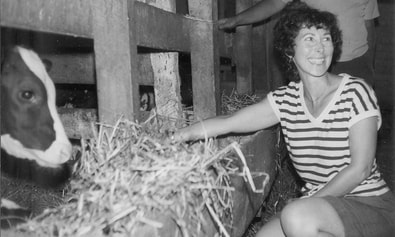 SYLVIA TOPPER, PSYCHOTHERAPIST AND COMMUNITY LEADER, 'ALWAYS HAD TO BE DOING SOMETHING'
By: Malak Abas
Post ed: 07/18/2020 4:00 AM

Sylvia Topper was in constant motion -   someone who always had something going on, whether it was in the home or in the community.  "She was active in politics, she joined in," says her husband, David Topper. "She was restless; there was an energy she had."

Born Sylvia Aronson in Chicago in 1943, Topper had a passion for psychotherapy .She earned an undergraduate degree in social work from Ohio State University, and a master's degree in clinical social work from Case Western Reserve University in Cleveland. Winnipeg eventually became her home after the couple moved here in 1970.

Not one to stay still, Topper was adventurous and gutsy. In 1963, she hitchhiked around Europe by herself.

She began work in the field of psychotherapy and was a group therapist for the River Heights Family Life Education Centre from 1973 to 1981. While there, Topper developed a program for adults who were recovering from grief, which was one of the first of its kind in the city, David said.  "Nowadays, it's pretty common for various sorts of people to be in private practice in psychotherapy, but that wasn't true before. She pioneered that," he says.

Sylvia died Feb. 2, at age 76, after a battle with dementia. She is survived by her husband, siblings Judy and George, sons Steve and Romi, and granddaughter Alexis.

As a mother, Sylvia was adamant about staying home to raise her children, but was also actively engaged with feminist ideologies of the time. David fondly remembers  coming home from work and taking part, with Sylvia's guidance, raising their children in roles that were then often up to women.

"There's no place or a plaque (for her), but in general, she started so many different things, and was involved in so many feminist things," he says.

Sylvia took those values to her many positions in different organizations in Winnipeg, including the National Council of Jewish Women of Canada, Provincial Council of Women of Manitoba, Women's Health Clinic and Temple Shalom.

"She'd get on a committee, and then she'd be the chair of the committee, and next thing you knew, she was on the executive, because she got things done," David says. She was unafraid to get out there and do work she felt needed to be done. "She was very compassionate, understanding. She was hard-working; she was a doer," he says.

Fellow clinical social worker Penny Yellen knew Topper throughout the 1970s and '80s, via mutual work at the NCJWC and the River Heights education centre. She recalls her as someone who served the community and educated women.  "When thinking of her work within the national council, I came up with the word 'epitomized.' She epitomized the values of (the council), our goals are education, service and social action. Sylvia was very involved in the education and the social action," Yellen says. "Very involved in women's issues, the social action we were doing in the '80s, study groups -    that kind of thing."

Sylvia's desire to understand others came through both in her work and personal life. David describes her as an intent listener, even outside of her profession, despite being outgoing by nature. "A lot of people, you start telling them something's bothering you, and they'll say right away, 'Oh, I have that,' and it's often upsetting because you're trying to get something across and people want to talk about themselves," he says. "But she listened to people."
​
David says. In the six years before her death, dementia affected much of Topper's life, including her ability to speak -  a "sad and ironic" twist,  "I'd go visit her every day, and I'd do all the talking, and I'd say, 'You were always a listener, Sylvia."'

In happier times, Topper was gutsy. She spent a year between high school and university working on a kibbutz in Israel. She hitchhiked throughout Europe on her own.

Sylvia began work in the field of psychotherapy and was a group therapist for the River Heights Family Life Education Centre from 1973 to 1981. While there, Topper developed a program for adults who were recovering from grief, which was one of the first of its kind in the city . professor, often found himself swept up in her energetic nature.

Malak Abas is a reporter for the Winnipeg Free Press .